Rockerboy is a sourcebook for Cyberpunk 2013 going into detail on the Rockerboy character class.

The book is written in-universe in the style of a magazine and covers the areas of Night City’s clubs, bands and trends as well as icons such as Johnny Silverhand and Kerry Eurodyne.

A Humorous article included called Hitler was a Rockerboy, looks at the question of “What is a Rockerboy” and how they came to be.

There are several interviews with fictional characters such as Maz Despair a social and political critic that has attracted the ire of the government. 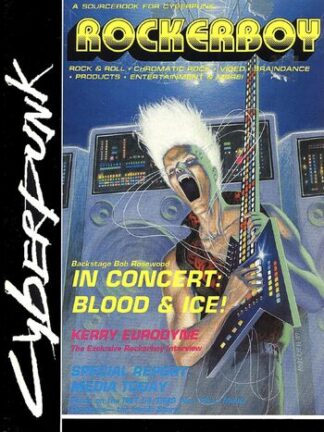