Raxxon is a 1-4 player cooperative card game set in the Dead of Winter universe at the start of the zombie apocalypse. Players each choose one of six different specialists assisting Raxxon with the evacuation of healthy citizens from among the sick. Citizens take the form of face-down square cards in a grid. Through game actions, these can be flipped to reveal whether they are sick or healthy. There are various types of sick and healthy cards, each triggering different effects when flipped or killed. Flip too many Chaotic sick and you’ll add more citizens to the crowd, or even end the round prematurely. Killing off the healthy can have similar negative effects.

Each round begins by creating a crowd – a grid of citizens from the citizen deck. Players take turns performing one action at a time after resolving any consequences marked on their character sheet. Character actions are powerful effects (kill, quarantine, evacuate, etc) that interact spatially with the crowd (killing a row or column, evacuating one card and adjacent cards of your choice) and have stacking consequences. At the start of each turn, a player must resolve all their consequences from previous turns (flip citizens, add citizens, infect citizens, lose evacuated citizens, etc) before performing another action – and adding another consequence. Some consequences require players to draw Raxxon cards. Much like Crossroads cards from Dead of Winter, Raxxon cards feature stories relating to characters in play. Many have multiple parts with different outcomes depending on the choices players make. Often, the choices that make the game easier also grants power to the Raxxon corporation which can lead to defeat. Consequences don’t clear until that player passes for the round.

Once all players have passed, the citizen deck is rebuilt using remaining cards in the deck, the discard, new sick citizens, loosely quarantined citizens, and any cards still in the grid. The deck is shuffled and used to create a new crowd at the start of the next round. Players win when all healthy citizens are evacuated. Players lose if the infection deck runs out (the deck of only sick people added to the citizen deck each round) or Raxxon maxes out on power and takes over the city. 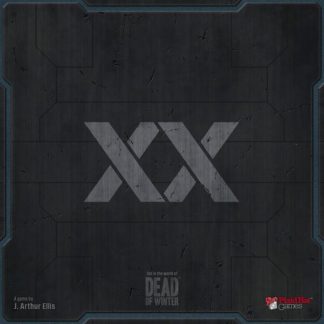